From Multidaywiki
Jump to navigation Jump to search 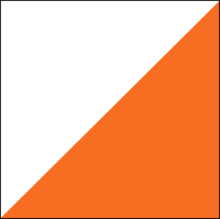 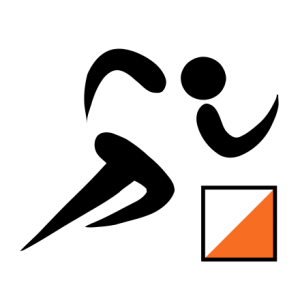 Orienteering events can be classified in many different aspects:

Classic orienteering involves a race between controls in a preset order. The winner is the person who completes the course in the shortest time. This is called a "cross-country" course as distinct from a score course (see below). Courses are normally designed so that the fastest route is not straightforward to find on the map, or to follow on the ground. The classic race has a typical winning time of 75–90 minutes. As of 2007, the IOF have dictated that the "classic" course should be redesignated the "long".

The middle distance is a shorter cross-country race than the classic (or long), with a winning time in the region of 30 minutes and with an emphasis more on fine navigation than route-choice. When races of this distance were run in the mid-late 1990s, they were called "short" races, or "sprint-O". The short distance was introduced as a world championship discipline in 1991. More recently, though the IOF have renamed this distance as "middle".

A relay race is run by a team of competitors each running a course, and the result is based on the team's total time. Relays usually employ a mass start instead of a staggered start. Relays are part of World Orienteering Championships both as sprint relays and as cross-country relays. Additionally, there are popular mass club races out of which Jukola relay has the highest number of participating clubs 1,787 (in 2015), while 25-manna has the highest number of legs 25. To reduce competitors following each other, various spreading methods might be used. This is called "gaffling", which is a Swedish word meaning "forking". The key principle is that every team must run every leg (between each pair of two controls), but not necessarily in the same order. The IOF have introduced the nomenclature to try to clarify the usage of the word "leg". In orienteering usage, leg normally refers to the part of a race between two control points. In relay (non-orienteering) usage, leg refers to the part of a race run by a single team member. The IOF prefer "lap" for this latter term, but despite this, in common parlance, "leg" is used for both terms.

Competitors visit as many controls as possible within a time limit. There is usually a mass start (rather than staggered), with a time limit. Controls may have different point values depending on difficulty, and there is a point penalty for each minute late. The competitor with the most points is the winner. The large-scale, endurance-style version of a Score-O is known as a rogaine, competed by teams in events lasting (often) 24 hours. A very large area is used for competition, and the map scale is smaller. The format originated in Australia. The term ROGAINE is often said to stand for Rugged Outdoor Group Activity Involving Navigation and Endurance; this is essentially a backronym, as the name actually originates from the names of Rod, Gail and Neil Phillips, who were among Australian Rogaining's first participants

Very short races, with winning times in the region of 12–15 minutes, often held in city parks and other more urban settings. Map scales are usually 1:5,000 or 1:4,000. Control sites can include benches, litterbins, sculptures, and other objects common to urban parks.[2] The sprint distance may also be held in the forest, when it would be called a "forest sprint" as opposed to an "urban sprint". This distance was pioneered in the late 1990s as an elite event by the Park World Tour organisation who organised an independent "world cup" in park sprint orienteering. In 2001 in Tampere, the IOF included a sprint distance in the orienteering world championships.

Ultrasprint events are held in a specially constructed labyrinth. Due to the limited area of the labyrinth, ultrasprint is a more spectator-friendly form of orienteering. Also, as the course is artificial, identical courses can be set in different geographical locations for simultaneous local competitions as parts of a larger tournament.[3][4]

Competitors use a headlamp to navigate in the dark. Reflective markers often are used on control point flags, which shifts the tactics from precision navigation to searching. Competitors can travel at high speed to the vicinity of the control point, then sweep the area with the light to catch a reflection off the control flag. If a night event starts before dark, a mass start must be used so all competitors have equal time in the light and dark. The two classic club relays, Tiomila and Jukola, both include night legs. Full length (24-hour) rogaines and many adventure races run through the night, without a light period, and competitors may choose not to rest.

Competitors follow a string around a short course, noting down things that they find on the way. This is generally used by young children and people new to the sport who want to find out what it is like.

Precision orienteering generally is not a speed event, but rather a test of the competitors' ability to precisely match map and terrain. Examples include trail orienteering (trail-O) (untimed), TREC style mounted orienteering, and Radio Orienteering in a Compact Area (ROCA). Both trail-O and ROCA use decoys in the vicinity of the control point.